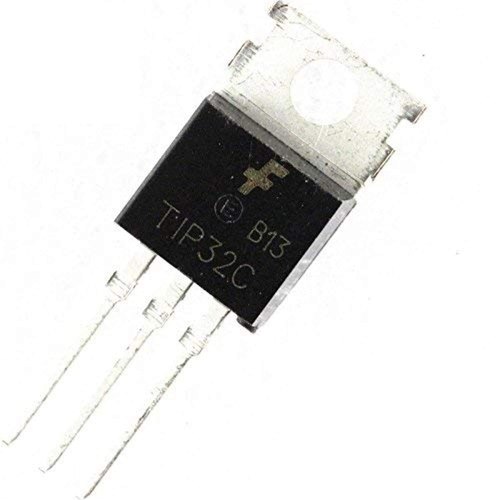 The TIP32 is a PNP Power transistor. Since it has high collector current of about 2A it can be used for Power switching or large signal amplification.The transistor is mainly known for its high amplification capacity since 2A is not much of a higher capacity.

So, if you are looking for a PNP transistor for your amplifier circuit then TIP32 might be your choice or to switch higher current loads more than 2A, try logic level MOSFETS like IRF540N (N-channel) which also operates at 5V.

How to use TIP32 Transistor

Although TIP has high collector current and current gain, it is fairly simple to control the device since it has an Emitter-Base voltage (VBE) of only 5V and base current of only 120mA.  But since we are dealing with high current, there will be good heat dissipation for switching applications and hence a heat sink is recommended.

Also the Transistor can be driven directly from PWM signal since the Emitter-Base voltage is less, however the PWM should source enough current for complete saturation of the Transistor. The current through the base pin has to be limited; you can use even a 1K resistor if your collector current requirement is less.

ON OFF 2Pin 3A 250V Black Button Rocker Switch

₨ 150.00
Read more
Wishlist
Compare
Back to Top
X
Product has been added to your cart
Close